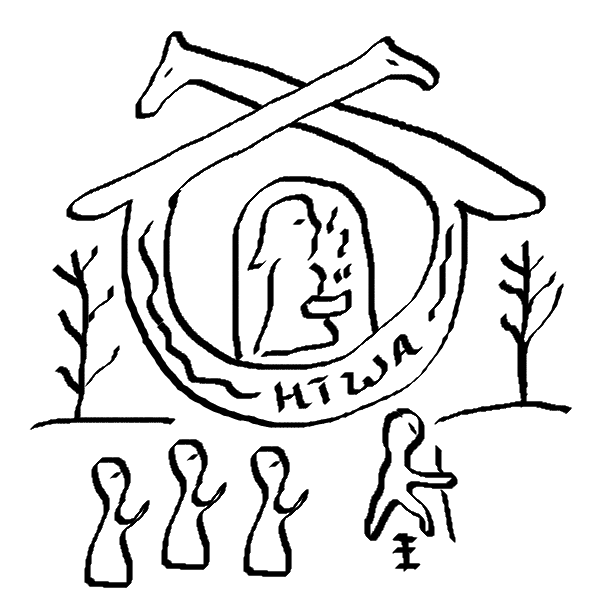 Though Hîwa is not formally attested, Goddesses with hearth functions have been documented throughout Germanic and Proto Indo-European cultures.

The De Chrenecruda in the Lex Salica also describes a domestic ritual with striking similarities to the stercoratio, a ritual in which the temple of Vesta was swept of any filth. This suggests that the Franks were likely to have recognized a goddess who held similar functions to those of Vesta.

The De Chrenecruda (translation “clean-riddance,” or more literally “scraping the dust/crud”) ritual is described as follows:

“If the culprit of a homicide can not pay the required fine, he must ask twelve people to testify that he does not have enough property to pay. Then, in the presence of his family, he enters his house, takes earth, dust or ashes from the four corners of the room, stands on the threshold of the house looking inwards. He will throw this dust with his left hand over his shoulder onto the nearest relative. Afterwards, without a coat and barefoot, holding a stick in his hand, he must leap over his hedge, the enclosure or the barrier of his property to symbolize the transmission of debt.”

The De Chrenecruda ritual may also suggest the importance of thresholds to the household goddess, identified in TFA as Hîwa.

Hîwa in turn is cognatic to the Latin cîvis meaning “citizen/society,” and in such a light, Hîwa fulfills the same functional role for the modern Frank as that of Vesta. This role is primarily to act as the keeper of the household weal.

In TFA, Hîwa is Hêmwîf (home wife) and  Ruokgodinna (smoke/incense goddess). She is involved in the greeting of incense and is guardian of the home and overseer of the family. TFA practitioners may wish to incorporate her into their regular ritual structure with Tîwiskô, as these Gods can be interpreted as counterparts to the Roman Janus and Vesta, who were always petitioned in the opening of a ritual.